Sometimes friends ask me why on earth I pursue my 'World Tragedy ' series of installations and paintings when I am myself trying to recover from breast cancer and the fallout of it's treatment. It simple really. I feel things so very deeply I have to express them and communicate in a way that other people see why I can't walk away from it. 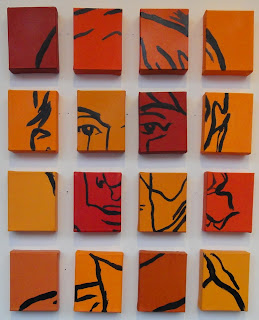 ‘World Tragedy’, a series which challenges the way the news and media moves from one tragic situation to another filling us with emotions and a desire to act. The “ sound bites “ of the world move on and so do we. My aim is to make sure we remember the event and that although the world has moved on it is still part of every day life for the people affected by it . Burma is one of those media sound bites that has had little press since the 2007 demonstrations. 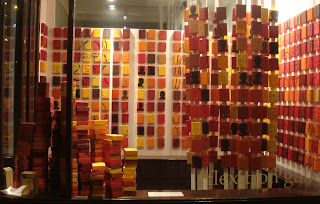 1100 monks and political activists were arrested in Mayanmar ( Burma) between August and November 2007. I felt compelled to produce an installation to express how BBC web images were used by the military dictatorship to assist with arrests. The number of political activists in prisons and work camps now stands in excess of 2200

'1100 Tokens' is an installation portraits of the monks and activists. It focuses on how the media while highlighting a cause may hinder it too. Around 700 portraits have been completed to date I am still drawing prisoners. 127 of those are of prisoners who died in prison or very shortly after leaving.

The work is not to shock you, the colours are of the saffron robes, from yellow to oranges through to burgundies. The portraits are all taken from news pictures and those posted on aappb website. It has been exhibited in galleries in London, Brighton, Paris and Peterborough.

I am currently applying for funding to complete it's production and tour it to raise awareness for this indescribable abuse of human rights. 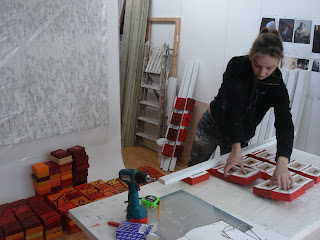 Right now, prisoners in Insein Prion are on hunger strike, some of these have since been transferred and their whereabouts is not known. Others have been locked into tiny dog cages. So this installation is more relevant today than ever.

The golden Buddhas are for sale and contain a prayer of protection. 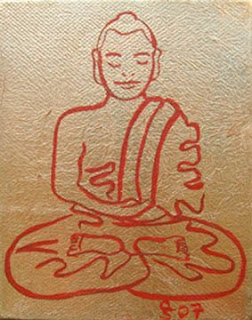